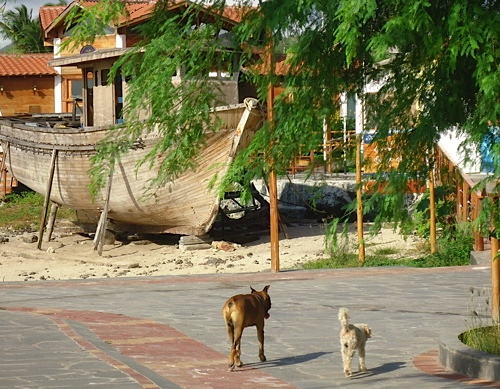 One problem on the inhabited islands of Galápagos is the large number of dogs and cats brought there, legally and illegally, by permanent residents.

Tod Emko, a computer programmer and avowed conservationist from New York, decided to do something and started an organization called Darwin Animal Doctors that brings volunteer veterinarians to the islands to spay and neuter pets and care for animals needing medical attention.

Since its inception, Darwin Animal Doctors’ main clinic on Santa Cruz Island and a “clinic on wheels” has treated thousands of­­ animals and prevented hundreds of unwanted litters. “One of the primary services we provide is free spaying and neutering. This minimizes domestic animal and wildlife interactions, which can spread invasive diseases between them,” said Emko…

His story is told in a post on the petside.com site.

Meanwhile, according to Colono, a bi-monthly newspaper published in Galápagos, animal control authorities are warning residents that a major roundup of stray dogs and cats is in the offing–that people should keep their pets indoors.

If you want more information about the work being performed by Darwin Animal Doctors, or if you’re interested in volunteering or donating…

here’s a link to their site.