The Struggle for Sustainable Energy on Galápagos 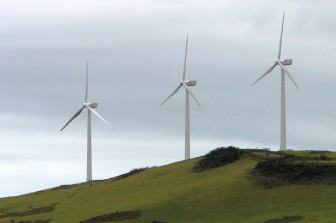 (SAN CRISTÓBAL) A steady, low, hum accompanied by the “whoosh-woosh-woosh” of giant blades slicing through the air–music to the ears of sustainable energy advocates.  It is the sound of the San Cristóbal wind project, three turbines generating power to help meet the island’s growing need for electricity.  But, it is also the sound of half-fulfilled promises.

“From day one, the overriding concern was the need to protect this invaluable place and its incredible biodiversity,” said Michael Morris, CEO of American Electric Power (AEP) when the project was dedicated in 2008.  AEP  provided about half of the $10.8 million for the wind farm, heading an international consortium of electric companies that partnered with the UN Development Program and the Government of Ecuador to get the Galápagos turbines up and running.

The project faced multiple challenges. Environmentalists raised concerns about the windmill blades striking birds. Because of that, the windmills were placed away from known migration routes. And the transmission lines were located underground to further reduce the hazards to the bird population. Transporting the components of the windmills from Spain and getting them through the Panama Canal to Guyaquil and then San Cristóbal was a complicated operation that was carried out successfully. 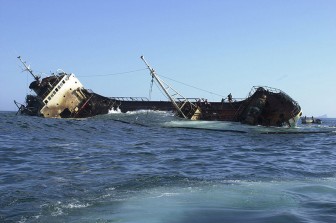 Tanker “Jessica” aground off San Cristóbal–2001

That effort was driven by an incident a few years earlier:  in January, 2001, the tanker Jessica, loaded with 150,000 gallons of diesel and bunker fuel, struck a reef and began breaking up off of San Cristóbal, in an appropriately-named place called, “Wreck Bay.” At risk were the unique flora and fauna that have made Galapágos one of the most treasured spots on Earth.

A major catastrophe was averted when ocean currents carried the oil out to sea, although a Princeton University scientist said that almost a year later, 60% of the marine iguanas on Santa Fé Island had died, presumably poisoned by the spill. The incident served as a nasty warning about the hazards posed by the importation of fossil fuels to the islands.

In 2008, Ecuadorian President Rafael Correa announced his intention to rid Galápagos of fossil fuels by the year 2015 as the wind power project was launched with considerable fanfare. The project’s goal was to generate 50% of San Cristóbal’s electricity.

But to date, only about 32% of San Cristóbal’s electrical power comes from wind.  The rest is provided by three 650 kilowatt diesel generators that continue to burn up to 2,600 gallons of fuel a day while pumping out exhaust emissions of carbon dioxide and particulate soot to meet a demand of about 11,000,000 kilowatt hours each year.

Power company officials blame several years of weaker-than-normal winds  for the under-performance of the San Cristóbal wind farm. “It’s been a low wind period,” said Luis Vintimilla, general manager of EOLICSA, the company that operates the project. EOLICSA appears to be a well-run enterprise that overcame considerable technical difficulties to get the windmills in operation.  But the elements just haven’t cooperated.

Recently, as he looked at a computer screen monitoring the performance of the windmills, engineer Cristian Fernández noted the wind was blowing only at about six meters per second (13 miles per hour). He’d rather have it blowing twice that fast.

Also not ideal is the fact that that one of the turbines was offline for much of 2012 due to manufacturing defects. Last year, wind power accounted for only 22% of San Cristóbal’s electricity generation.

Still, over time, Fernández noted, the windmills have saved one million gallons in diesel consumption. “And 14-thousand tons of carbon dioxide that were not emitted,” he said.

Another potential sustainable energy source for Galápagos is solar power, with several projects in the planning stages.  Billing himself as “Captain Sunshine,” Israeli entrepreneur and environmentalist Yosef Abramowitz solicited public contributions on YouTube earlier this year for his plan to install solar panels on San Cristóbal.

“I think Galápagos has no choice but to turn to renewables if it is to live up to its legacy,” Abramowitz told Galápagos Digital.

ABRAMOWITZ STARS IN HIS OWN YOUTUBE VIDEO AS “CAPTAIN SUNSHINE.”

As an added incentive, Abramowitz promised signed photographs of his celebrity sister-in-law, comic Sarah Silverman, to everyone who contributed $75 or more. But his public fundraising efforts failed to raise the necessary money and Abramowitz is looking for other sources of financing. 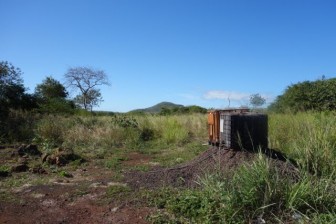 He does have the support of San Cristóbal mayor Pedro Zapata, who provided Galápagos Digital with a signed contract he has with the Abramowitz group.”I’m doing everything I can,” Zapata said, “to bring clean power to San Cristóbal.”

The mayor has designated a place for the solar power installation–the old garbage dump at Baquerizo Moreno.

“As long as you have power over $.15, there isn’t that much incentive to switch,” said Tommy Kissell, a Texas-based sustainable power advocate.Kissell recently returned from the Hawaiian island of Lana’i, where electricity costs $.47 per kilowatt hour and plans are afoot for a major wind farm.  He wrote about that trip in the Green Tech Advocates blog, noting that there is some local opposition to the big windmills.

“It might be unsightly to some,” Kissell told Galápagos Digital, “but it will help Hawaii be sustainable in the long run.”

“What’s needed,” he said, “is a network of good people showing what sustainability can do.”

That would also come in handy in Galápagos, as the archipelago and its people struggle to kick the fossil fuel habit.