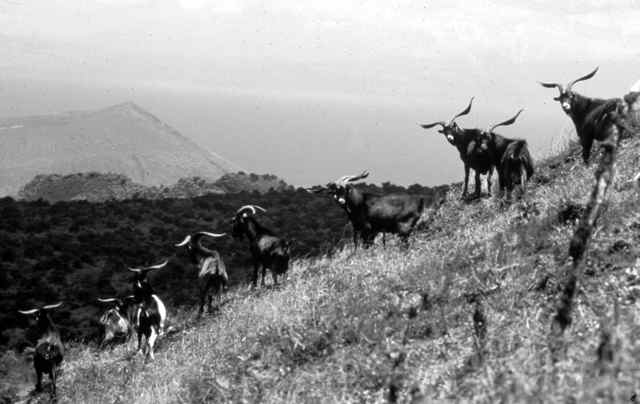 The Galapagos Islands, home to almost 30,000 people and host to as many as 200,000 visitors a year, also has thousands of unwanted guests:  invasive animals and plants brought in by humans, intentionally and unintentionally.

On the website “Planet Earth Online,” Dr. Ken Collins of the University of Southampton in the U.K., expresses his concerns about the damage these invaders can do to Galápagos. Dr. Collins, a marine scientist, is heading a project underwritten by the UK government aimed at protecting marine biodiversity.  But he also worries about what’s happened onshore.

“The Galápagos are the land of reptiles and birds, not of mammals,” Collins told the site.  “All the mammals we’ve introduced here have caused huge problems – not just goats but rats, cats, pigs and donkeys.”

It started hundreds of years ago when the whaling industry was booming.  Whalers began leaving goats off when they sailed by so that the animals would multiply and become a food source for future expeditions.

Unfortunately, the goats ate all the vegetation in sight and denuded some of the islands, denying the native creatures food and killing off tortoises and other unique Galápagos creatures.  It was only after an expensive government-run extermination campaign, involving sharpshooters in helicopters, that the goats were eradicated.

It hasn’t gotten that bad in the waters around Galápagos yet, but Dr. Collins says when it comes to marine life, it’ll take continued vigilance to keep the underwater habitat in pristine condition.

And he wants to keep it that way.

You can read the original story here.