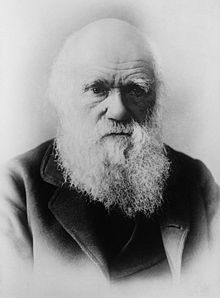 Retracing part of the path of British Naturalist Charles Darwin, a group of his descendants recently traveled to the Galápagos to see the islands for themselves. British poet and conservationist Ruth Padel wrote about visiting Galápagos with her 85-year-old mother Hilda and her cousin Sophie, Darwin’s last surviving great-granddaughters.

It was Darwin’s voyage to the Galápagos in 1835 aboard the HMS Beagle that led to his theory of evolution and inspired generations of scientists, explorers and tourists to follow in his footsteps.

In a story published in Britain’s Daily Mail, Padel wrote that her mother is a devoted student of natural history.  “All her life,” Padel wrote, “she had wanted to see giant tortoises wild in the Galápagos.  Her cousin Sophie was an artist and wanted to draw them.”

With the help of her two brothers, Padel planned the trip that included cruising from island to island, often making “wet landings” in small dinghies. Six Darwin descendants in all made the voyage.

“Sometimes you stagger through surf onto rocks slippery with sea lion droppings, Padel wrote, “None of this is easy on eighty-five-year-old arthritic knees.”

But on Isabella Island, the family was rewarded with the sighting of a pair of giant tortoises in the wild.

“For my awe-struck mother,” Padel wrote, “it had been worth the 85-year wait to see the magnificent creatures that had so captured her great-grandfather’s imagination.”

Here is the link to the Ruth Padel article in the Daily Mail Online.