Coming Soon to a Screen Near You: The Saga of the “Empress” of Galápagos 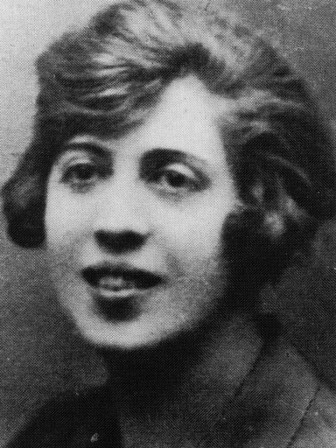 There are many legends about the “Enchanted Islands” as some call the Galápagos, none more intriguing than the saga of several Europeans who arrived at the archipelago in the 1930’s in search of “Paradise.” Among the most fascinating yarns is that of a woman who called herself “The Empress of the Galápagos” and billed herself as a “Baroness.” It is the stuff films noirs are made of. A tale of adventure, love or lust triangles, betrayals, violence,  perhaps murder?

No wonder that all these years later those events inspired documentary film makers Dan Geller and Dayna Goldfine to co-produce and direct “The Galapagos Affair: Satan Came to Eden,” featuring the voices of  Cate Blanchett, Diane Kruger, Connie Nielsen, Josh Radnor, Sebastian Koch, Thomas Kretschmann and Gustaf Skarsgard. As reported in “The Wrap,” The film is now in post-production and will be released later this year.

It was one of the stories that I, as a native of the islands, heard my parents telling and re-telling. We even met some of the people involved in the events. So this is what I know (drum roll).

In the 1930’s Galápagos had a population of only 571 people  and the Ecuadorian government encouraged people to settle there. In Europe, there were dark times ahead and this motivated many to search for safer heavens.  People like German dentist Friedrich Ritter who left his wife and eloped with one of his patients, Dore Strauch. She also left her husband behind. As a sanitary measure they both had all their teeth removed and shared a steel set of dentures. (Nothing says love like sharing a set of dentures!)

They started life anew in Floreana Island, imagining themselves as a modern version of Adam and Eve. Reportedly they preferred to work in the nude as they moved lava rocks to build a shelter, planted a vegetable garden and raised chickens. He wrote letters about their experience which were published in German papers and inspired others to follow in his footsteps.

In August of 1932  Heinz Wittmer arrived with his pregnant wife Margret and his teenage son Harry. Later that year Margret gave birth to their second son, Rolf.  They were hardy pioneers who built themselves a home near a spring, planted vegetables and fruit trees and fished.. They were occasionally visited by members of scientific expeditions who left behind canned goods and other hard to get items.

The Wittmer family on Floreana

The two German families got along but kept their distance.

However in October of 1932, another European party arrived and things were never the same. Their leader was a woman who claimed she was a  “Baroness” by the name of  Eloise Wehrborn de Wagner-Bosquet. She had with her two German lovers, Robert Philippson and Rudolf Lorenz. An Ecuadorian, Manuel Valdivieso, was also part of the retinue although he left a month later telling everybody that the Baroness was “totally crazy.”  The Baroness and her two men  settled near the Wittmers, put up a sign calling the area  “Hacienda Paradiso” and told everyone they were going to build a grand hotel for millionaires.

The Baroness had a penchant for self-promotion. She managed to get stories about her adventures in “Time” magazine and other publications. She claimed to be the “Empress of the Galápagos” and posed with a gun and a whip.

Several scientific expeditions arrived in Galápagos in those years. The most prominent was the one led by Captain Allan Hancock in his yacht Velero III. They photographed and filmed the Ritters, the Wittmers and the Baroness and her entourage. Click here to see some of this material.

But not everything was peaceful in “Hacienda Paradiso” since  Lorenz  had been demoted from lover to abused servant while Phillipson AKA “Bubi” had become the Baroness’s  favorite boy toy. There were also disputes with the Wittmers and Ritter over the scarce water and other, pettier issues.

Finally on March 27, 1934, the Baroness and Philippson disappeared. 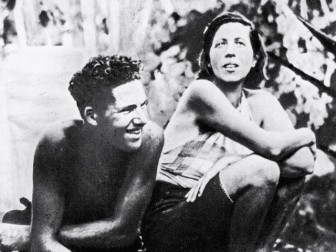 The “Baroness” and “Bubi” Phillipson

Lorenz, meanwhile, gave away the belongings of the Baroness and Phillipson and tried to get out of Galápagos in a rush. He begged a Norwegian fisherman named Nuggerud to take him in a small boat with an outboard motor to San Cristobal Island, where he could catch a ship to Guayaquil. They made a stopover in Santa Cruz island where they refueled.

They never made it to San Cristóbal.  Months later, an American tunaboat, the “San Amaro” found the mummified bodies of both men on Marchena Island in the northern part of the Archipelago.

Back on Floreana, another strange death: Dr. Ritter, who claimed he was a vegetarian, died apparently of botulism due to eating improperly canned chicken. Some thought that Dore Strauch poisoned him because he mistreated her. She left for Germany soon after and wrote a book: “Satan came to Eden.” She died in Berlin in a bombing during WWII.  Satan was very busy in those years.

I recently spent time in Santa Cruz with Mrs. Carmen Angermeyer, who was a child in those years. She remembered her father had accompanied the Ecuadorian Military Governor to serve as an interpreter during a cursory investigation of the facts on Floreana. “ My father thought that Mrs. Wittmer knew more but was not telling the whole truth,” she said.   She also remembers seeing Lorenz and Nuggerud cast off on their final and fatal journey from Santa Cruz.

The Wittmers remained in Floreana and prospered. Mrs. Wittmer, who died in 2000, never changed her story.  Her children and granchildren  now run a successful tourist fleet. The mystery of what happened to the Baroness and Phillipson was never solved.

This new movie will probably revive interest in that mystery, as it raises more questions than answers.